WASHINGTON, D.C. — Representative Greg Walden (R-Hood River) stressed the need to improve progress of nuclear waste cleanup at the Hanford Site during a hearing before the Energy and Commerce Committee today. Citing a Government Accountability Office (GAO) report that Walden called for in 2017, Walden today raised concerns that cleanup efforts at Hanford are being hampered in part by a lack of accurate progress reporting from the Department of Energy (DOE) Office of Environmental Management — or EM.

EM is responsible for remediating the environmental contamination attributable to the nation’s nuclear weapons program, including the cleanup of liquid nuclear tank waste, stabilization, and packaging of nuclear materials, and decommissioning and decontaminating closed nuclear facilities like Hanford.

“The threat of potential environmental disaster and pollution persists in the minds of Oregonians and people throughout the Pacific Northwest.  With 56 million gallons of Cold War era toxic nuclear waste sitting in corroding and leaking metal tanks, some of which were built to last just twenty years, Hanford is a worrisome neighbor and the federal government has not always been a trusted and reliable partner,” Walden said during today’s hearing. “According to the GAO, DOE and EM have not established classification requirements such that most cleanup activities would be treated as projects, subject to more stringent requirements, instead of operational activities.  As a result, there are greater risks to cost overruns and schedule delays.”

The GAO report, which was conducted at the bipartisan request of members of the House Energy and Commerce Committee under Walden’s leadership in the last Congress, was released in February. The report found that EM is not adequately measuring the progress of cleanup efforts at contaminated sites across the country, including at Hanford.

“EM does not accurately track met, missed, or postponed cleanup-related milestones at the four selected sites, and EM’s milestone reporting to Congress is incomplete,” stated the GAO report. “EM sites renegotiate milestone dates before they are missed, and EM does not track the history of these changes. This is because once milestones change, sites are not required to maintain or track the original milestone dates.”

Walden said during today’s hearing that, with the amount of taxpayer dollars being devoted to cleanup efforts at Hanford and the significant threat faced by surrounding communities, Congress should be receiving a clearer assessment of whether or not cleanup targets are being met.

“DOE spends roughly $6 billion a year on cleanup, but we don’t always have clear visibility into what that means in terms of completing the mission,” said Walden.  “EM reports on the amount of nuclear cleanup completed each year, but for that amount of money spent, how many radioactive tanks should have been treated?  How much soil and water should have been remediated?  We don’t have clear answers to these questions because, according to GAO, EM’s performance measures for operations activities do not always provide a clear and reliable picture.” 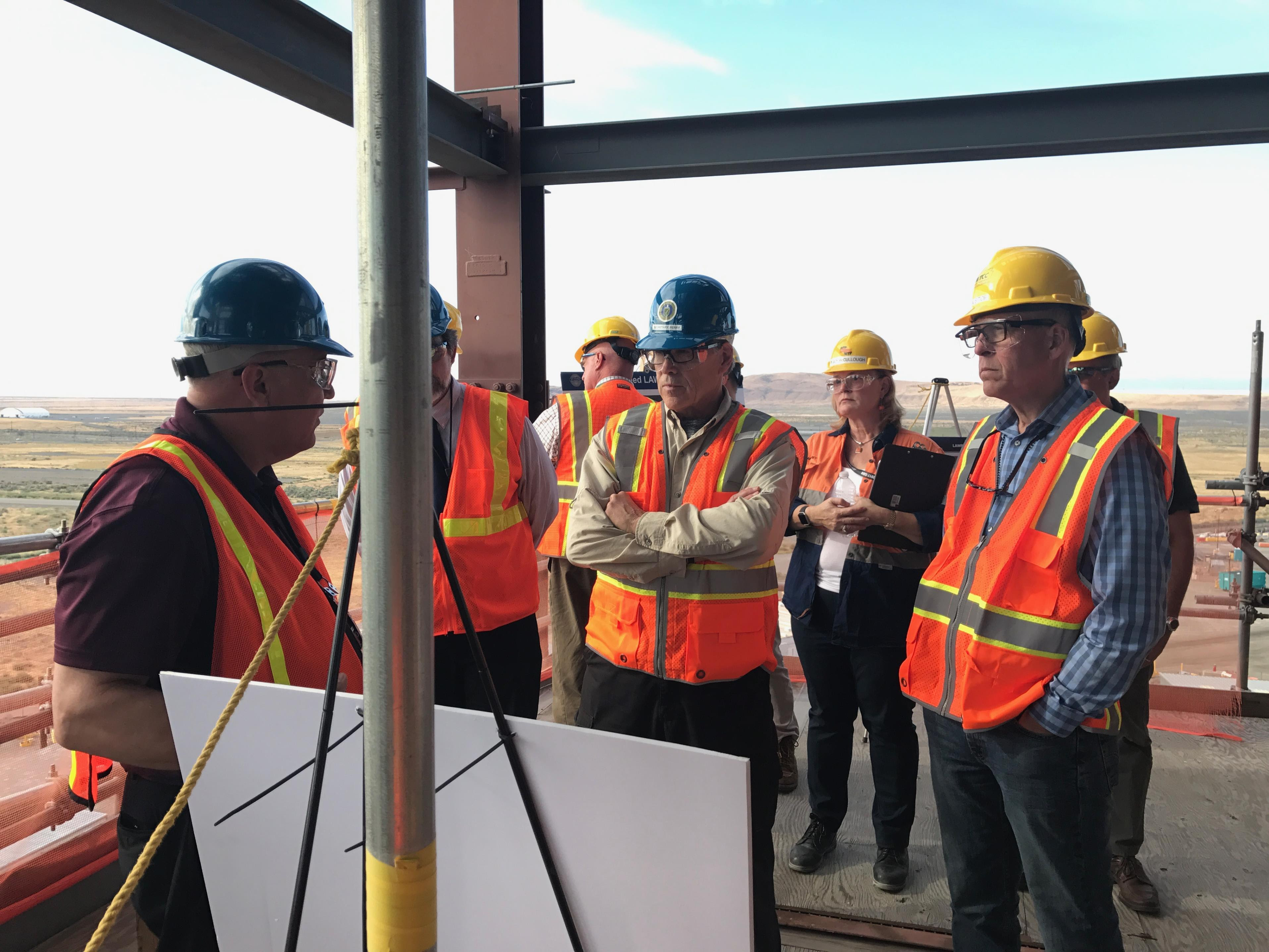 Walden again called for the establishment of a permanent national repository for the country’s nuclear waste, which Walden said is essential to getting nuclear waste out of Hanford and the more than 100 communities across the country where toxic nuclear waste sits idle. In the last Congress, Walden helped pass legislation through the House that would have ensured that this nuclear waste could be transported to and stored in Nevada’s Yucca Mountain, which scientists say could safely isolate nuclear waste 1,000 feet underground for one million years.

“Ultimately, however, true progress on the cleanup of the waste at Hanford and other sites requires a safe, secure, and permanent storage location for the waste.  While this hearing should help get the cleanup efforts on a better track, Yucca Mountain is the cornerstone of the nation’s nuclear waste disposal,” said Walden.  “We need to move forward in a bipartisan way to greatly improve the performance and effectiveness of the cleanup and build a durable solution at Yucca.”